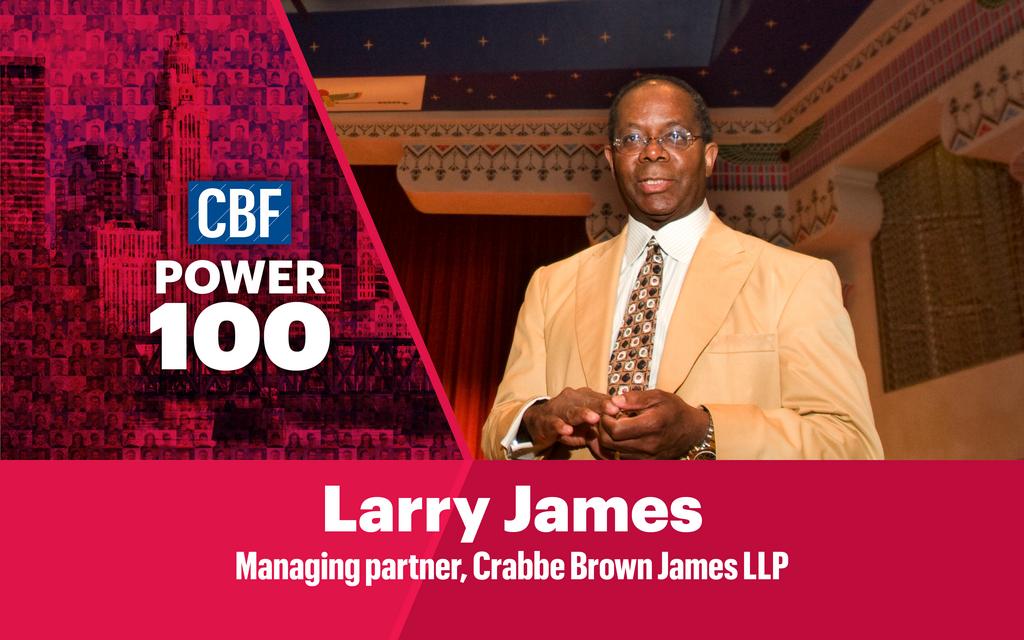 Crabbe, Brown & James Managing Partner Larry H. James was honored by Columbus Business First which named him one of Columbus’s “Power 100”. The new annual list seeks to identify the most-influential members of the Columbus community for readers of CBF.

The publication described 2018 as a “standout year” for Mr. James recognizing that his long time and respected work in both the city’s political life and arts community was at the fore this past year. CBF noted that in 2018, Mr. James was instrumental in the City Council’s decision to adopt a ticket tax to raise funds to support the arts in Columbus and he led the citywide celebration of the centennial of the Harlem Renaissance to the delight of residents and visitors to the city at events all year. Mr. James’ leadership in arts advocacy and civil rights have led him to be recognized with numerous awards during the last year which Columbus Business First noted in their profile.

Inclusion on this list is a recognition of Mr. James’ ongoing hard work and passion for the community. Mr. James was the founding president of the Lincoln Theater and has given his time to more than 20 boards and commissions. He currently serves on the Franklin County Guardianship Services Board and the Board of Trustees of Kenyon College.