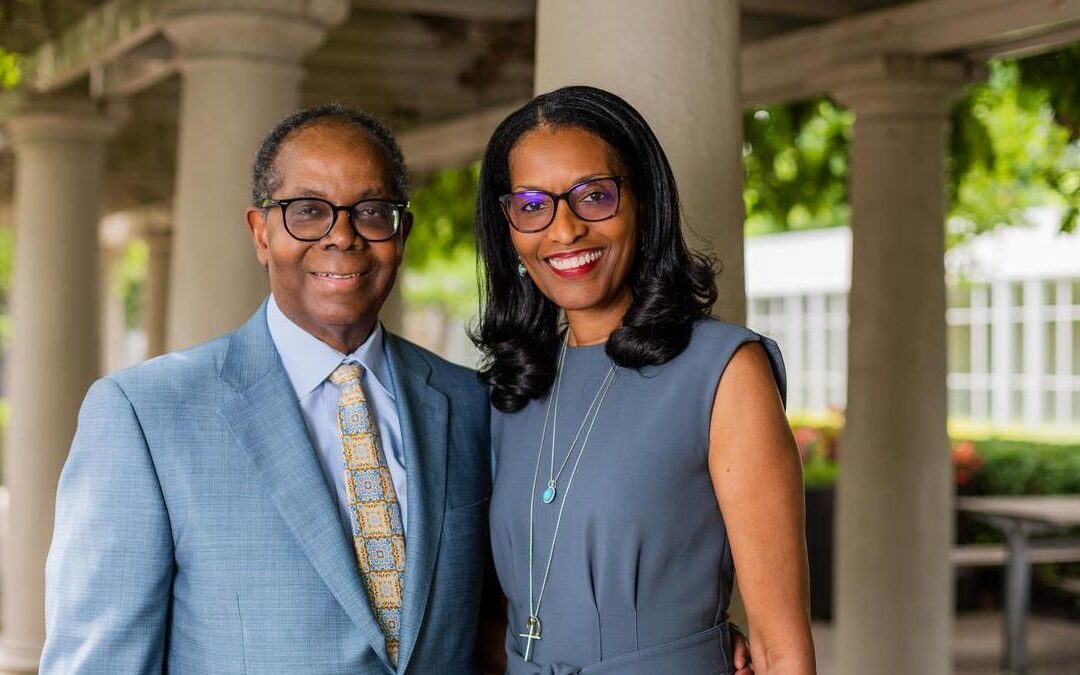 Congratulations to Crabbe, Brown & James, LLP Managing Partner, Larry H. James, and his wife, Donna James, 2022 Harrison M. Sayre Award Honorees presented by the Columbus Foundation. Mr. and Mrs. James received the award in recognition of their incredible generosity and philanthropic contributions to the central Ohio region. “Larry and Donna James are true community leaders and share a deep passion for giving, proudly supporting organizations and programs that strengthen our community,” said Douglas F. Kridler, President and CEO of The Columbus Foundation. “As individuals who are hands-on with their philanthropic decisions, they assess what best aligns with their emotional, cultural, and human dignity perspectives.”

The Award follows the couple’s recent honor from Alvis as the 2022 Family of the Year. The James’ collective impact on Columbus and beyond has touched so many lives. Through the Larry H. and Donna A. James Fund, a Donor Advised Fund at The Columbus Foundation, Mr. and Mrs. James have given generously to numerous charitable causes in central Ohio and beyond, empowering countless individuals to reach their “best next.” Among the many organizations the couple has supported through their fund are the Columbus Museum of Art, the Lincoln Theatre Association, United Way of Central Ohio, Marburn Academy, The Center for Healthy Families, and the Wexner Center for the Arts at The Ohio State University.

Furthermore, Mr. James’ contribution to Columbus goes far beyond the charitable and arts communities. In June, he was honored by the legal community with the Columbus Bar Association’s 2022 Professionalism Award. Nominated by his fellow attorneys, that award is given as a result of him exemplifying the highest standards of professionalism and sound judgment over the course of his career. In addition to his role as Crabbe, Brown & James’ Managing Partner, Mr. James is Co-Founder of the African American Leadership Academy, which is dedicated to increasing the number of African American leaders in central Ohio. Previously, Larry served as President of the Lincoln Theatre Association Board and President of the Martin Luther King Jr. Center for Performing & Cultural Arts, as well as a Board Trustee for the Greater Columbus Arts Council, Columbus Museum of Art, Columbus Zoo and Aquarium, and Columbus Urban League. He currently serves as General Counsel to the National Fraternal Order of Police – a role he has held since 2001.

Thank you, Mr. and Mrs. James for your continued contributions to the Columbus community. Once again, congratulations on being named 2022 Harrison M. Sayre Award honorees.