Law Enforcement and Drone Technology During the COVID-19 Pandemic 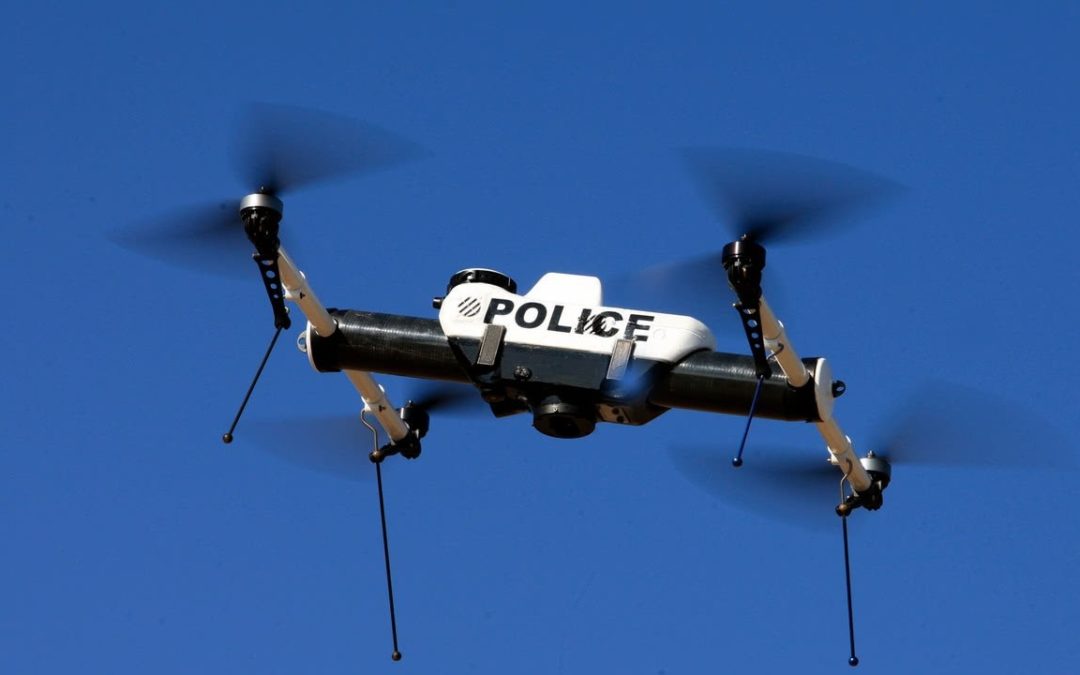 Police departments across the globe are reassessing their community policing practices in light of the coronavirus pandemic. To limit officer exposure to potentially infected individuals and to prevent the further spread of the virus, some police departments have relied on drone technology during the COVID-19 pandemic.

Foreign jurisdictions are also  utilizing drones  to enforce stay-at-home orders. In Israel, for example, police use drones to find and confirm that individuals infected with coronavirus were in fact isolated. In Britain, drones equipped with speakers have been used to disperse crowds of people in an effort to promote social distancing.

The utilization of drones, sometimes referred to as unmanned aerial vehicles (“UAVs”), is becoming increasingly common by police departments and law enforcement agencies throughout the United States. To date, at least 910 public safety agencies nationwide have acquired drones. These drones have been used to document crime and traffic collision scenes, search for lost persons, track fleeing criminals, maintain perimeters on warrant services, and assess disaster scenes. Drones add value to law enforcement for many reasons but two stand out: affordability and officer safety.

First, drones make aerial surveillance more affordable. Before the widespread availability of drones, police officers could only gain an aerial view using helicopters or airplanes, both of which are cost-prohibitive. Police helicopters or planes can cost anywhere from $500,000 to $3 million to acquire, and roughly $200-$400 an hour to pilot, with additional costs for maintenance. In contrast, the most popular drones for public safety use start at $2,000 or less.

Second, the use of drones promotes officer safety. Rather than assess a disaster or enter a scene with active danger, officers can send in a drone to gather needed situational awareness. As previously discussed, during a pandemic, departments may use drones to significantly reduce officer interaction with the public while still maintaining community policing efforts.

From a legal perspective, drone use by law enforcement is underdeveloped. Because drones are a relatively new technology, the Supreme Court and most lower courts have not addressed drone interaction with the Fourth Amendment. Existing Fourth Amendment doctrines suggest that drone surveillance does not constitute a search. In California v. Ciraolo, 476 U.S. 207 (1986), the Supreme Court held that a brief overhead search confirming the presence of marijuana plants in a backyard by manned aircraft did not require a warrant. Presumably, a brief overhead surveillance of an unmanned aerial vehicle, or drone, would also not require a warrant.

In Florida v. Riley, 488 U.S. 445 (1989) the Supreme Court held that the officers’ use of a helicopter 400 feet above a property to see marijuana growing inside a greenhouse did not violate the reasonable expectation of privacy and was not a search requiring a warrant. However, the Court cautioned warrantless surveillance might constitute an unreasonable search if it creates a hazard or unreasonably interferes with a resident’s use of property. Drones will likely be examined under the same reasoning.

The increased use of drones–including the increased reliance on drone technology during the COVID-19 pandemic–will prompt courts to eventually weigh in. Until then, law enforcement and public safety agencies should consider drones as a safe and cost-effective tool.

Crabbe, Brown & James’ Managing Partner Larry H. James has served as General Counsel to the National Fraternal Order of Police since 2001. In that role, we track law enforcement trends and best practices across the county. The National FOP is the world’s largest organization of sworn law enforcement officers with more than 350,000 members in more than 2,100 lodges across the United States.